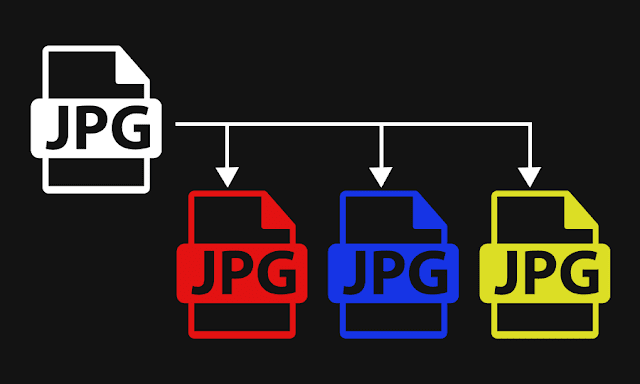 Photoshop offers multiple ways for automation and batch processing. One of the tricky configurations which may need sometimes is how to run multiple Photoshop actions and save multiple versions of the same image during batch process.

In this post, I will explain to you how to run multiple actions during the batch process and how to save multiple versions of the same image using Image Processor Pro.

So we are talking about a batch process where you need to save multiple versions of the same image in the same or different file format. You have several Photoshop actions which will create different effects and separate image with each effect should be exported or saved during the batch process. Here is simplified what I am talking about:

Here is a tutorial that explains details on how to batch process files using Image Processor Pro. I will limit this tutorial to options to save multiple files or versions of the same image with different effects that are achieved using multiple Photoshop actions. Here is what to do in Image Processor Pro dialog:

The above configuration will allow you to save the same image multiple times processed using multiple different Photoshop actions. Just to be clear: if you have multiple images to process, say ten (10) different images and you want to run three different actions and save three different versions of each image then you will end up with thirty (30) different files when the batch finishes. If you have any doubts or difficulties, please do not hesitate to leave comments.