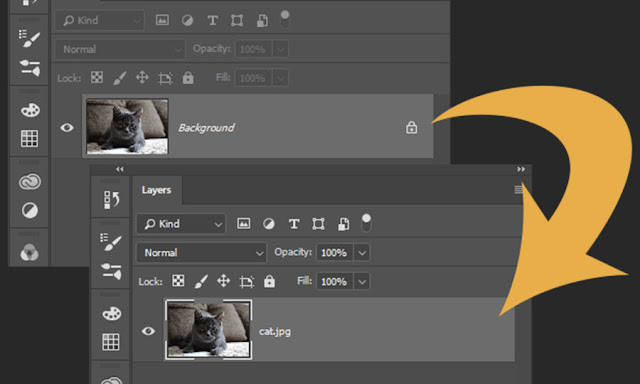 Background layer is a special type of layer in Photoshop. It does not support transparency, it is locked for transformation and to move/reposition it in the Layers stack. Many users prefer to convert Background layer to normal immediately after opening the file. There are a couple of ways to automate this task. Probably the easiest way to automate conversion is using the built-in script.

In this video tutorial, I will explain to you how to set up Photoshop to automatically convert Background layer to normal when opening files which contain only one, Background layer (usually JPEG images).

Hi guys, In this quick tip I will explain to you how to automatically convert Background layer to normal using Script Events Manager in Adobe Photoshop. It is easy to follow and setup. I will use a built-in script which ships with Photoshop.

Click on Add button on the right side of the dialog.

You should see Open Document: Open As Layer.jsx. If you made mistake click on Remove button then try again. Click on Done button to confirm and exit.

You can start using the advantage of the script immediately. Open any image which has only Background layer and Photoshop will automatically convert it to the normal layer named after the file name.

If you want to stop using the script, open Script Events Manager dialog, click on Open Document: Open As Layer.jsx to select it then click on Remove button. Click on Done button to confirm and exit.