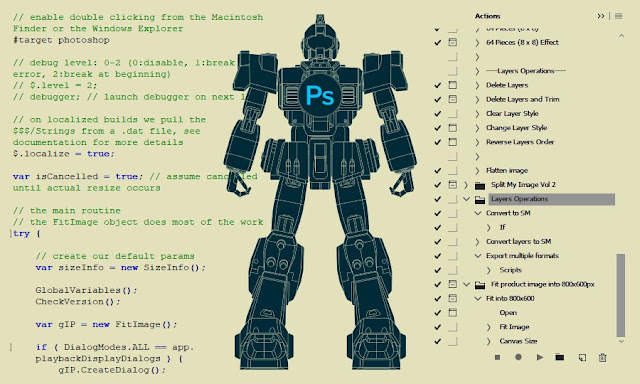 There are many simple boring tasks which we are performing occasionally or on daily basis in Adobe Photoshop. I am talking about tasks like converting Background layer to normal/Smart Object layer when opening image, for example.

One way to automate simple boring tasks is to record the action(s). But wait, action must be played to be executed right? For a single step or two steps manually performed is it worth to record action? Probably not unless you can play action automatically based on some event like every time when opening a new document. Is it possible to do in Photoshop, I mean for non-scripters and non-coders? Yes, it is.

In this post, I will explain to you how to play action/script automatically based on an event (New Document, Open Document, Save Document...) in Adobe Photoshop using Script Events Manager.

What you can do with Script Events Manager in Photoshop

Script Events Manager allows you to automatically play/execute script or action based on some event.

What is a Photoshop event? One of the events is when you create a new document in Photoshop. Another event is when you open file...

How Script Events Manager can be useful

Remind yourself of Script Events Manager every time that you work with 3 or more files where you need to perform same, repetitive tasks which have the same event as a starting point. Note: there is a limited list with "default" events which you can choose. List of events can be expanded but let's keep it simple in this post. Here are some tips to add Photoshop events.

Let me give you some examples.


How to run action triggered by some event

I will focus on actions in this post. To run a script based or triggered by some event the process is very similar. The only difference is that you will use Script drop down instead of Action drop-down lists.

If you are going to use actions then it is required to have set with action(s) loaded in the actions panel. Note: actions must be loaded in the Actions panel and events will always trigger action unless you manually remove event in Script Events Manager.

Lastly, you can choose script or action, not both of them but you can use the same event multiple times.

Now let's talk about more complicated actions beside one or two-step actions. There is no limitation in a number of steps or which action to play based on some event. However, sometimes you may need to use some basic logic to trigger action like play action only when a file has layers. That's when Conditional actions will come handy.

You can record the action with single if statement, for example, which will play another action only when a file which you are opening has layers (that's second actions which you must record).

Here is a free Photoshop action to test what you have learned in this tutorial. Action Convert to SM will check if the file has layers and convert all layers in the layered file to single Smart Object layer.

Note: action will also convert single layer to Smart Object layer if the only layer in your document is not Background layer.