How to Use Arrowhead Scale Control in InDesign CC 2017 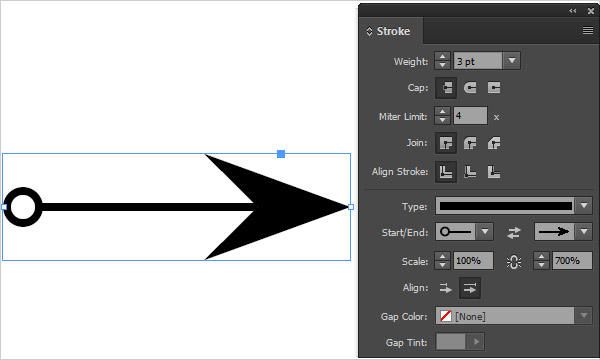 Starting with November 2, 2016, update for InDesign CC  we have the ability to scale start and end of arrowhead independently of line or line stroke. In this quick tip, I will explain to you how to use available options to scale start or end of the arrowhead.

Usually, we are starting with the Line Tool to draw line segment although you can use and Pen or Pencil Tool, for example, to accomplish the same task. After drawing line segment go to Window > Stroke to display Stroke panel.

Stroke panel offers lots of options to customize stroke like: Weight, Type and to add arrowheads at start or end of stroke.

To add arrowhead at start or end of stroke use drop-down lists next to Start/End. 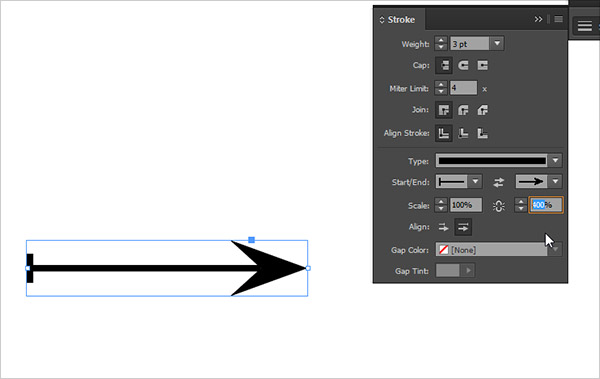 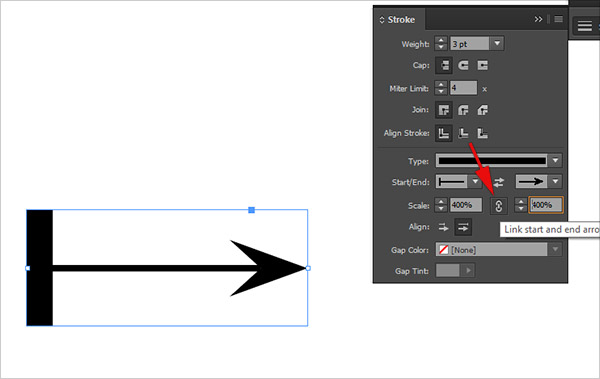 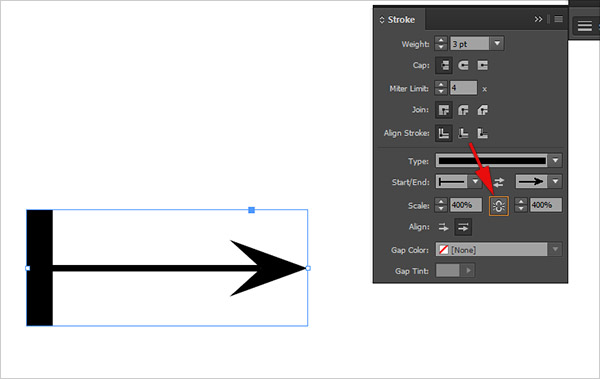