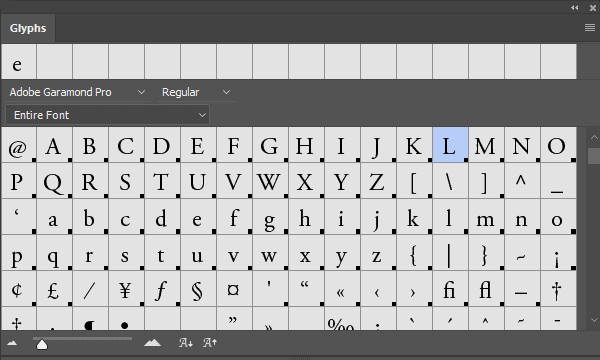 Starting with June release of Photoshop CC 2015 we have Glyphs panel. Imagine that! We do not need to waste time anymore trying to insert special characters using keyboard shortcuts or to go to Character Map and from there to copy/paste character. Viva Glyphs panel, I cannot believe that we didn't have this feature before!

Why to use Glyphs panel

The very first question someone may have is: why to use Glyphs panel anyway? Well, you can insert subscript, superscript characters, fractions, currencies or characters from other languages, for example.

How to display and use Glyphs panel in Photoshop

There are two ways to display Glyphs panel in Photoshop: from Window > Glyphs or from Type > Panels > Glyphs Panel.

After displaying Glyphs panel, you can detach it and to move it anywhere on your screen. Another thing you can do is to scale or enlarge this panel horizontally and vertically. 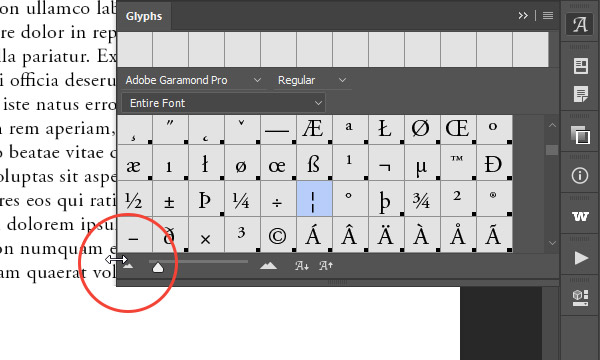 At the bottom of the Glyphs panel, you can scale characters size using two icons or Zoom Slider. 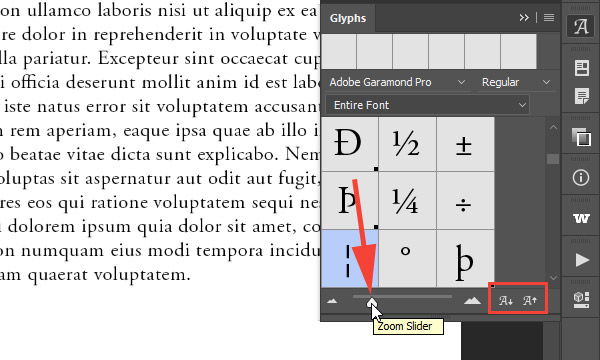 By default, you will see the current font in the Glyphs panel with its special characters. You can switch to any other font installed on your system (just do not select anything but keep insertion point inside text) and to use its special characters. With letter selected or insertion point inside text frame just double click any glyph and it will replace a current letter or insert particular glyph. 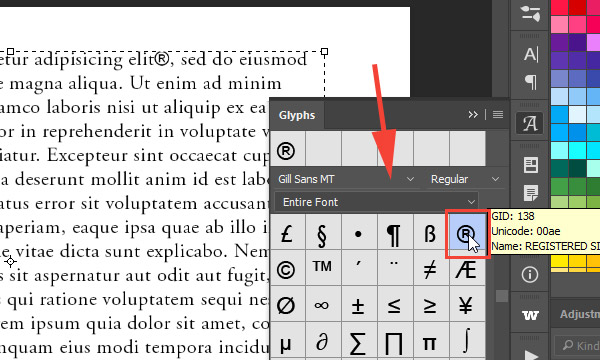 At the top of the panel, you will see listed recently used glyphs. In case, you do not want to see them then simply use Clear Recent Glyphs option from the Glyphs panel menu. 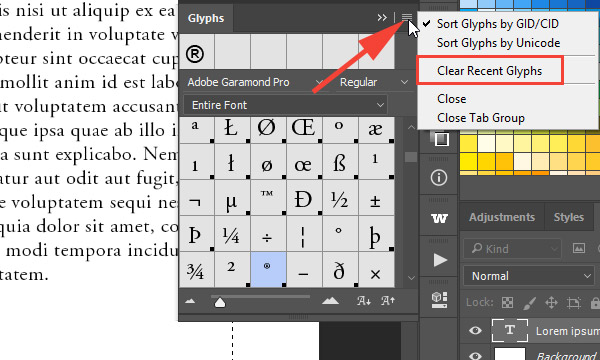 The Glyphs panel supports Latin, Greek and Cyrillic characters. There is also limited support for Hebrew, Arabic, and other complex scripts. Glyphs are organized into categories such as Numbers, Currencies, Symbols, Latin A, Latin B and so on. There is also an organization for Open Type features such as Alternates, Ornaments, Swash and so on. To see the only certain category you can use Set Font Category drop-down list. 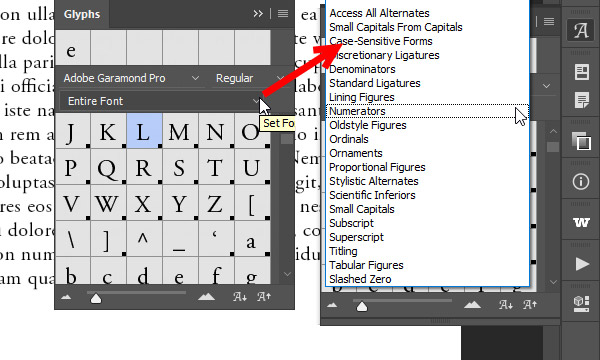 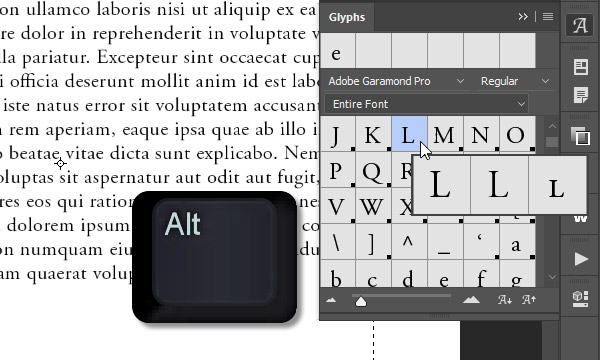 Here is video tutorial with quick overview of Glyphs panel.