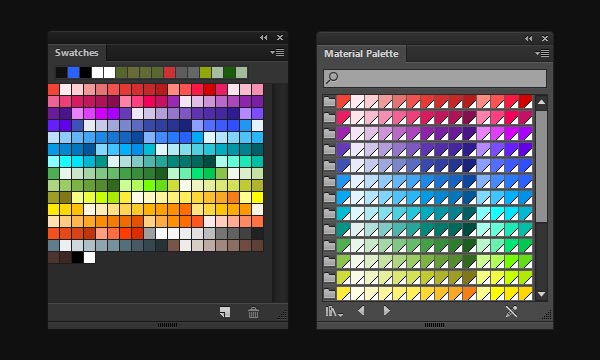 Material design is a design language developed by our friend Google. It starts to be more and more popular among web designers and developers. There are a few frameworks plus themes and templates based on a material design which you can download from the internet. In this post, I want to point that you can download Material Design swatches from here. Swatches can be loaded into Photoshop and Illustrator.

There are two ways you can install or simply to load swatches in both applications. Google is providing short instructions how to install swatches on a Mac computer in a read_me.txt file which you will find inside color_swatches folder after unzipping downloaded package.

Installing means to have access to load swatches from drop-down menus without any need to remember where you have saved swatches on your computer. Swatches will be in application's Presets > Swatches / Color Swatches folder. Copy Google folder or only Material Palette.ase for Illustrator / Material Palette.aco for Photoshop. 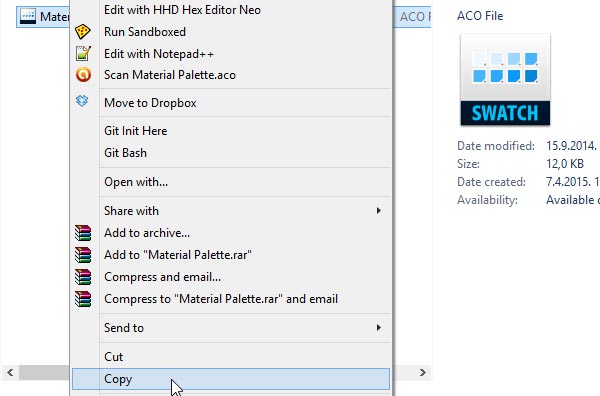 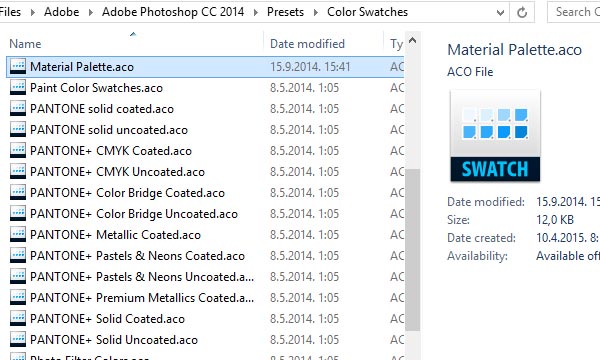 You may need to restart the application if it's running in order to be able to load swatches.

Load swatches in Photoshop after installing them

After installing swatches as described above, you can load and start using them by displaying Swatches panel from Window > Swatches. Click on Swatches panel menu and select Material Palette. 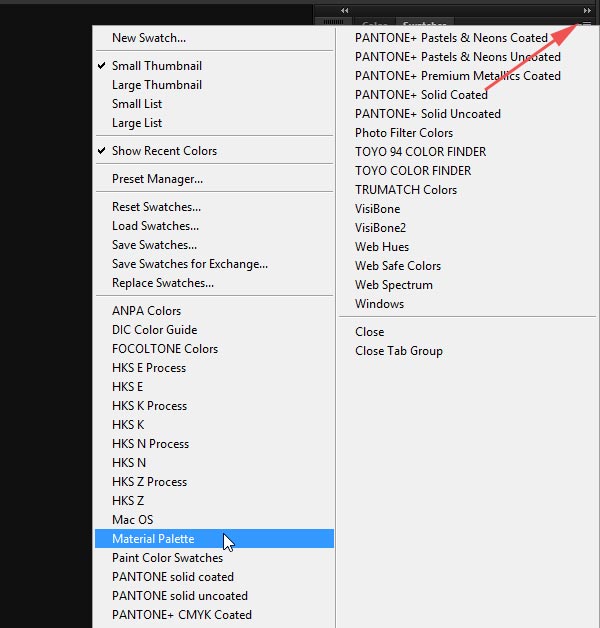 Load swatches in Illustrator after installing them

After installing swatches as described above, you can load and start using them by displaying Swatches panel from Window > Swatches. Click on the Swatches panel menu and select Open Swatch Library > Google > Material Palette. 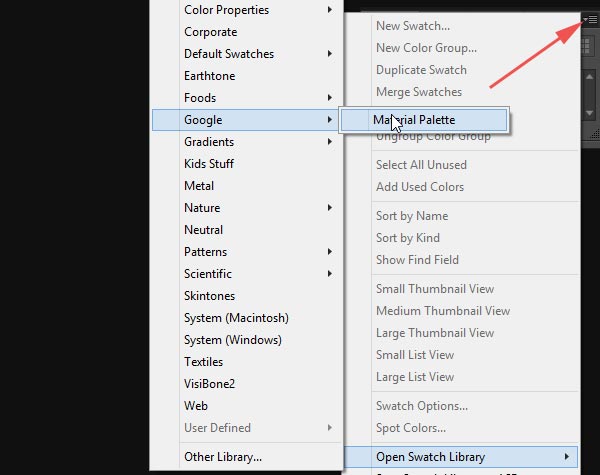 Load swatches without to install them into the default folder

In case you do not want to install swatches into default folders you can save them anywhere on your hard drive but you must remember the location.

To load swatches in Photoshop from any location on your computer, you should have Window > Swatches panel visible. Click on Swatches panel menu and select Load Swatches> navigate to Material Palette.aco file and double click on it. 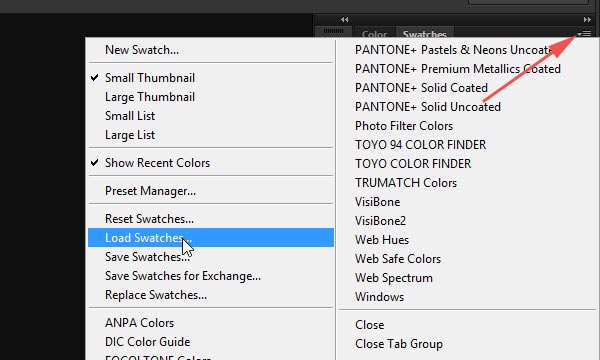 To load swatches in Illustrator from any location on your computer, you should have Window > Swatches panel visible. Click on Swatches panel menu and select Open Swatch Library > Other Library > navigate to Material Palette.ase file and double click on it. 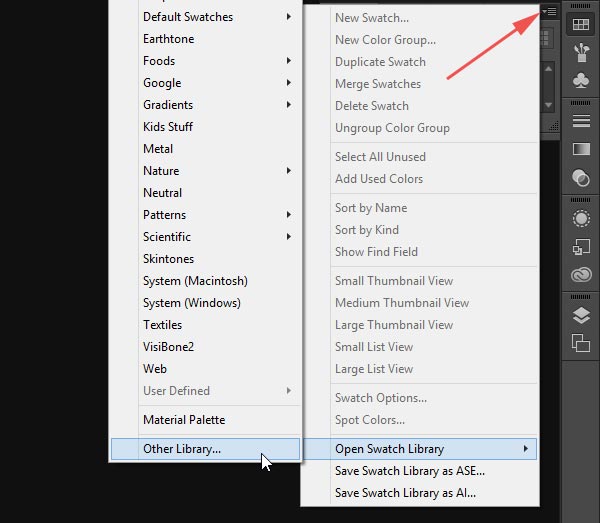