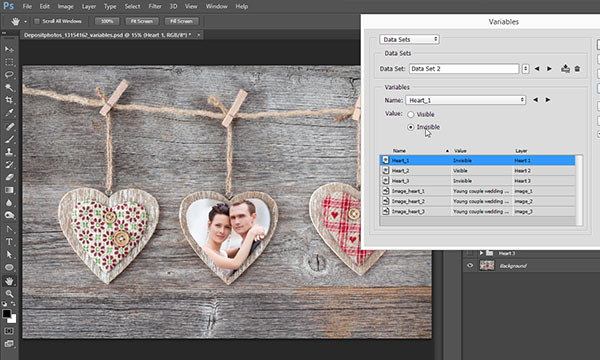 In this post we will continue our exploration of Variables and Data Sets in Photoshop. This time we will work with Visibility variables which can give you more flexibility and options to work with.

Why use Visibility variables

Here is one example with photo downloaded from depositphotos. They have tons of similar photos which can be used for similar effect and purpose. It is really not difficult to create an effect as shown below. One shape (duplicated multiple times), Bevel and Emboss and Drop Shadow is all you need. 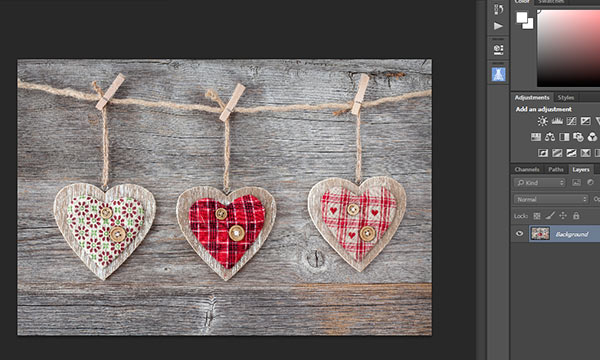 Instead of placing images and showing/hidding layers and groups manually (or using Layer Comps), you can simply control which layers and groups are visible from Variables dialog. This can be also done using external text file prepared in advance, but that will come later. For now we will keep it simple. 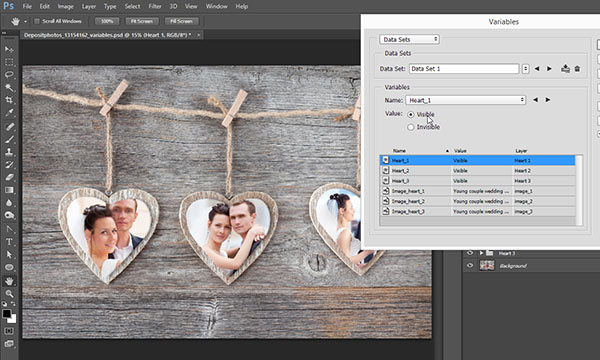 How to assign and use Visibility variables

To follow along you must have at least one layer in your document which have Pixel Replacement variable. I will suggest you to download Old photo template and follow steps in the previous tutorial. In addition go and download actions provided in tutorial How to Use and Export Color Lookup Tables in Photoshop CC 2014. Export CUBE files as explained so you can use them with Old photo template.

We stopped in the previous tutorial with Pixel Replacement and Text Replacement variables assigned in our Old photo template. If you are following along then you should have at least a couple of Data Sets created. I have 3 Data Sets created, by the way. First, take a look how your Layers panel should look like. 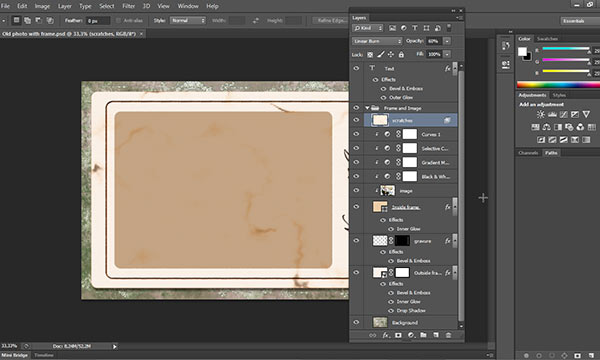 Before we proceed select 4 adjustment layers below scratches layer and delete them. 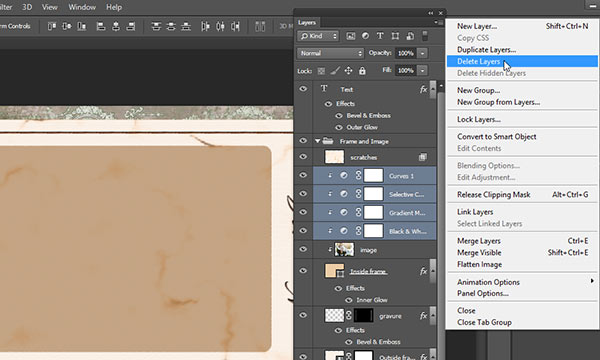 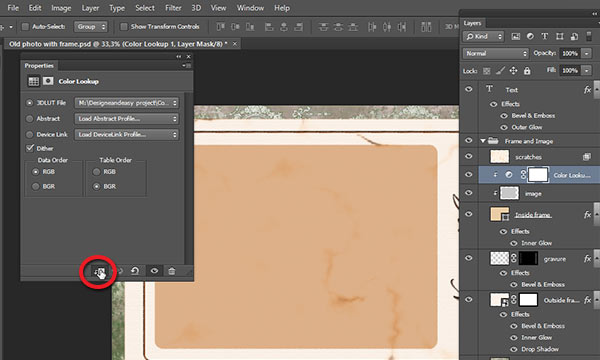 Add one more Color Lookup adjustment layer and do exactly the same: clip it to layer below (Color Lookup 1). 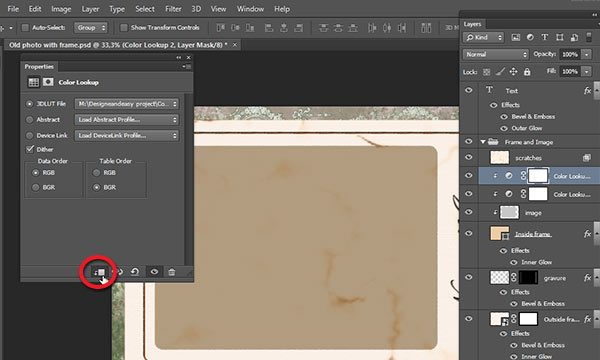 Lastly, turn off visibility for both Color Lookup layers (hide layers) by clicking on the eyeball on the left side of the layer. 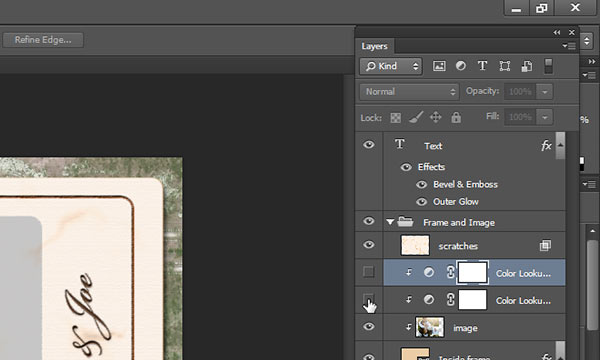 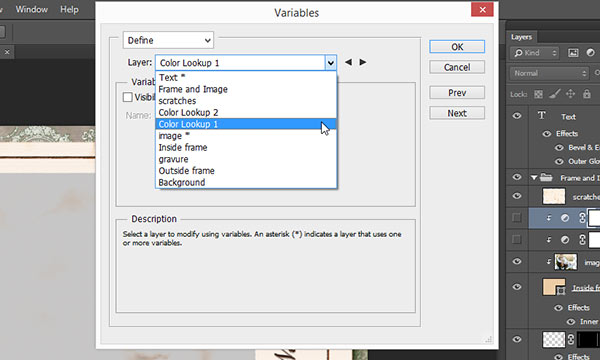 Click on Visibility to appear checkmark and optionally rename variable using text field next to Name:. I will name my variable with OldPhoto_1. Note: no spaces are allowed in variable names. 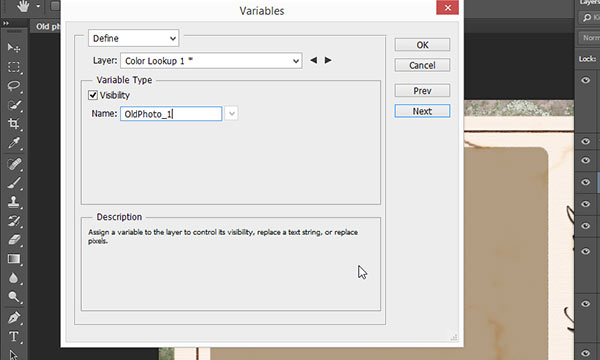 Variable name must begin with a letter, underscore(_) or colon(:). Variable name cannot contain special characters except for period (.), hyphen (-), underscore (_) and colon (:).


Do the same for Color Lookup 2 adjustment layer. 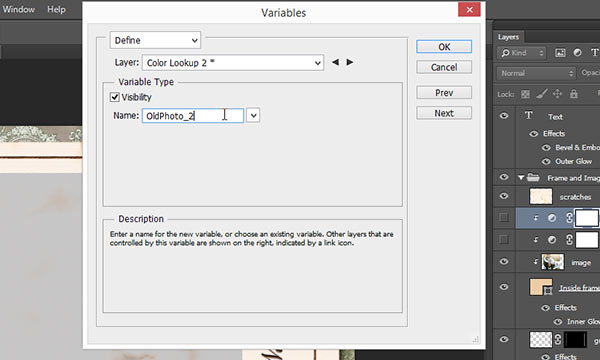 Click Next button on the right side of Variables dialog and you are done in this step.

Step 3 Control visibility of adjustment layers
At this point you should see dialog with visibility variables added to Pixel Replacement and Text Replacement variables. I will assume that you are following along and continuing from the Easy Way to Automate Photoshop with Variables (Part 3). If you do not see image loaded then turn on Preview on the right side of Variables dialog.

Both layers: Color Lookup 1 and Color Lookup 2 has Value set to Invisible because we turn off visibility before visiting Variables dialog.

Click on line with: Layer > Color Lookup 1 (or Name > OldPhoto_1) to select it then change Value: to Visible. Take a look at the Layers panel and you will see that eyeball in front of Color Lookup 1 layer is open what mean that an adjustment is applied to the image layer which is below. 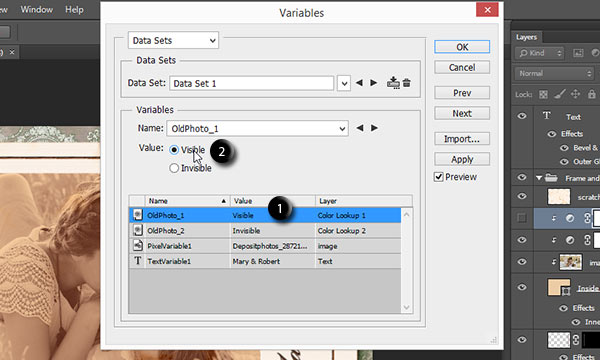 Go and click on the arrow on the right side (Go to the next data set) of Data Set: to load Data Set 2. 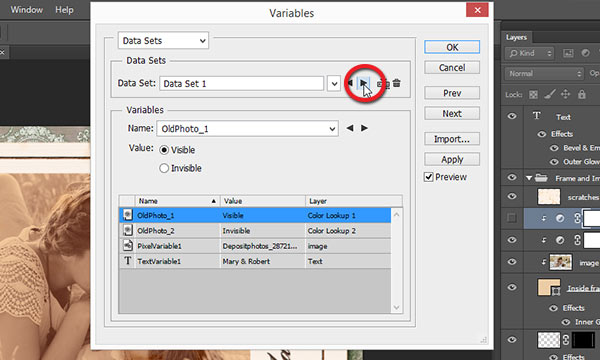 This time set Value for OldPhoto_2 to Visible. Select second line with Name > OldPhoto_2 (or Layer > Color Lookup 2) and change Value to: Visible. On Layers panel you will see that visibility of adjustment layer: Color Lookup 2 is turned on and you are seeing a photo with different look or effect applied to it. 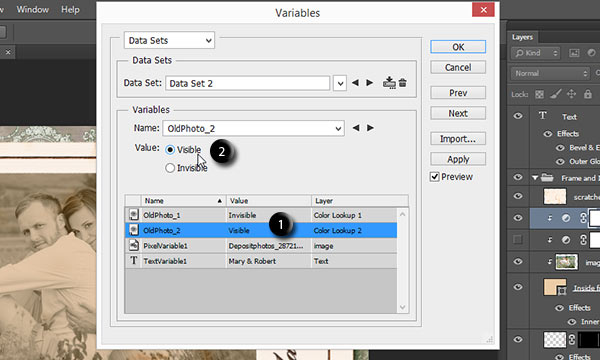 Here is my final output result from this tutorial (continued with Data Sets from previous post as explained above). 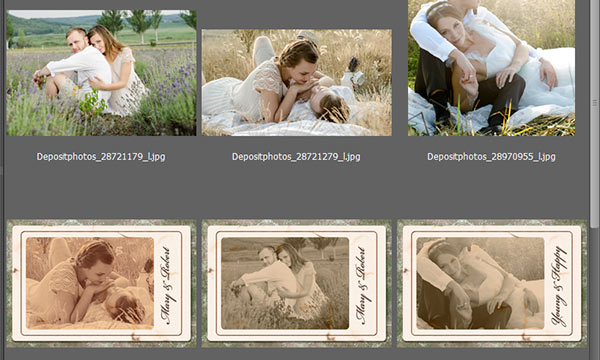 This tutorial was a simple introduction to how to use Visibility variables. Hopefully you can map this feature to your future projects. When you have more complex projects then you must have more layers and more Visibility variables. Obviously you will have some layers hidden in exported files and probably you will want to get rid of them. It is very simple to do with simple action and batch process. You can remove all hidden layers in a second or minutes. Not only that you can remove hidden layers, but you can use actions to rotate frames and images if that's final effect you are looking for. Of course, much, much more can be done when combining variables and actions and its extremely simple, easy and fast. Stay tuned, we will continue in the next tutorial.