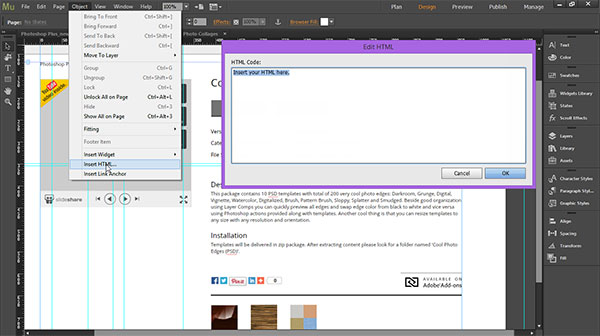 New Adobe Muse CC 2014 is out and I am extremely satisfied with new features and performance. In this quick tip I want to give you a tip how to embed html code in Adobe Muse CC 2014. It is not a new feature, but I was surprised how many people do not know that this feature even exist.

Why to embed HTML code in Muse

You may have a question: why in the world to embed code when we have, basically everything one may need including and scrolling effects. Well, you may want to embed code to display your blog. You may also want to embed sharing widget like AddThis, for example, because it has listed almost every available sharing service. Depending on your audience, it can increase the number of shares and visits.

Another good reason is to embed documents, catalogs, magazines... published on services like Scribd, ISUU and so on.

More reasons to embed HTML content is to embed various forms like Service Request, Customer Incident Form, Survey and so on as I did on my Photoshop Plus site. I am embedding Adobe FormsCentral ready-made forms, by the way.

How to embed HTML code

It is the simplest thing in this world. Here are the steps:


If you want to change something later, right click on an object which is created using HTML code and choose Edit HTML. 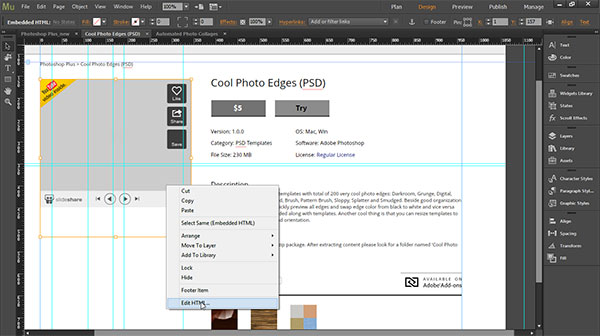