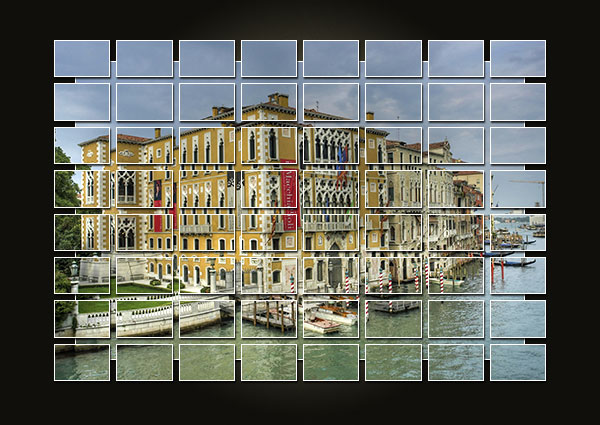 Today I have to share Split Image Photoshop and Photoshop Elements actions. As you can understand from the name of set, actions will split your image/document into equal 4, 16, 25 or 64 pieces. There are two(2) kinds of the same actions in this set: to simply split image into equal pieces or to split image and distribute rows and columns with pieces. License is free for commercial and personal use as and for everything else listed in freebies section. If you need help how to load actions in Photoshop please read: Record, play, save, load actions in Photoshop – interactive tutorials.

What you need to know about Split Image actions

Here is what you need to know: actions will duplicate open document and close it. Duplicated document will be flattened before action start splitting it. At the end of actions with Effect in the name you will define spacing between rows and columns with pieces. Rows and Columns will be distributed by 1% of document Width and Height. Spacing between columns will be 1% of document Width while spacing between Rows will be 1% of document Height which you will enter in the Canvas Size dialog. If you want equal spacing between all pieces, then enter the same number in Width and Height text fields, you can change the document size later using the Crop Tool. Enter numbers like 1600px, 2000px which are greater than the initial file size (you can see initial file size at the top of the Canvas Size dialog). Immediately after confirming changes in the Canvas Size dialog you will see the Layer Style dialog to set Drop Shadow and Stroke settings which are included in the final effect.

Actions without Effect at the end of the name will simply create xx equal pieces without any spacing or effect.

That's it, enjoy and here is a video created for this set of actions to help you understand how things work.

Few ideas how to use Split Image actions

Here are a few ideas how you can use Split Image actions. I am using action with Effect in the name in this case and this is how I prefer to work with resulting pieces, not general recommendation. What you see below are grouped pieces with adjustments clipped to layer group. 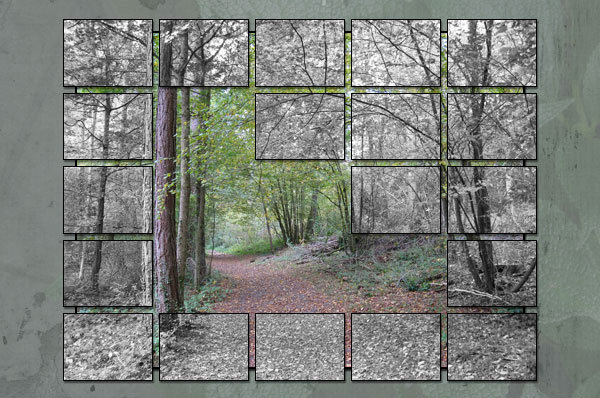 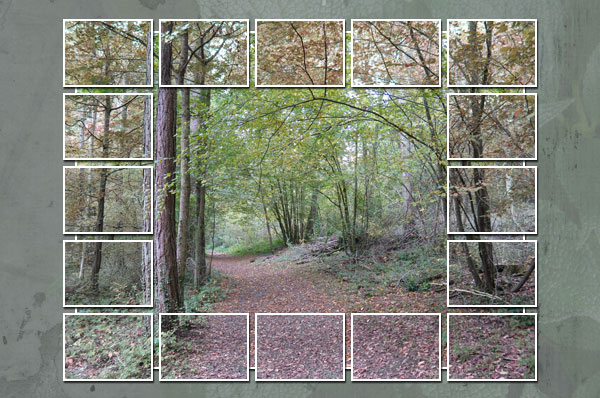 Here is sample without distributing columns and rows (actions without Effect in the name). For final effect, pieces are grouped and then applied Layer Style which is created using Inner Glow and Drop Shadow, nothing else. 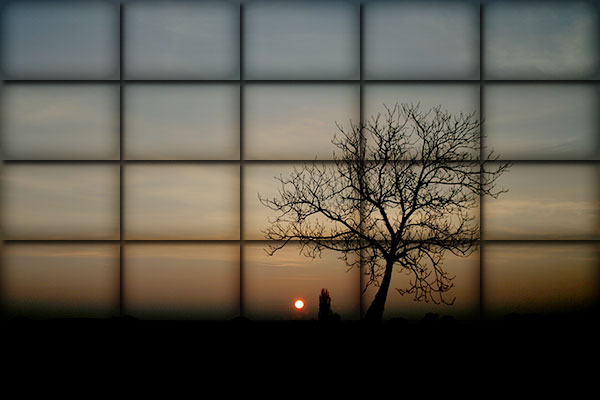 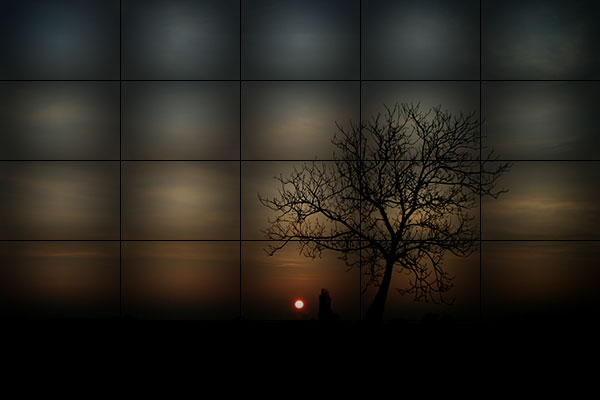